“Radical honesty” is easier said than done. In her latest book “Powerful; Building a Culture of Freedom and Responsibility”, former Netflix’ Chief Talent Officer Patty McCord delivers a great plea for the importance and benefits of a culture of “radical honesty”, one of the many things McCord helped put in practice whilst at Netflix. This element of always speaking the truth is one of the tenets of the Netflix culture which McCord was instrumental in shaping and which she writes about in “Powerful”. 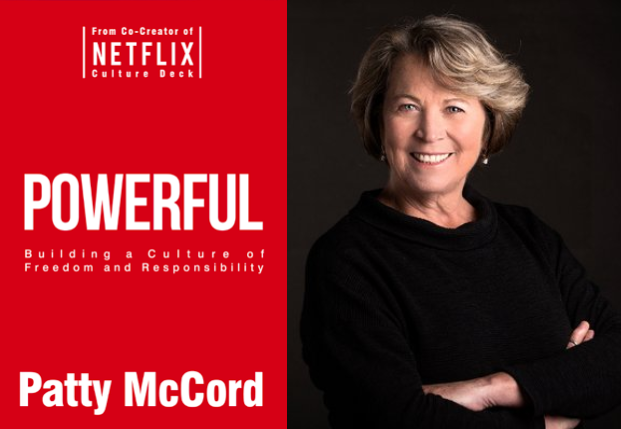 McCord looks back on the Netflix culture as one of freedom and responsibility, and describes Netflix’ approach to creating “the leanest processes possible” and “a strong culture of discipline.” I’m keen to unpick the main elements of Netflix’ culture and McCord’s approach to co-creating a ‘powerful’ culture:

Main learning point: I can see how some of the elements that McCord describe describes in “Powerful” might not be applicable to all companies or to specific challenges that readers might be facing. However, I believe that we can all learn from the underlying mindset which McCord describes in her book; whether it’s the importance of ‘radical honesty’ or letting people exercise their power.

Fig. 1 – Core set of practices that underpinned the Netflix culture – Taken from: Patty McCord, “Powerful: Building a Culture of Freedom and Responsibility”