The other day, I heard about the rumoured takeover of Twitch by Google for the handsome amount of $1 billion. I have to be honest; up until that point I had never heard about Twitch. Reason enough to look into Twitch and a possible ratio for Google willing to spend such a large amount of cash on this startup:

Main learning point: Recently there have been some major takeover deals in the digital industry – think Instagram, WhatsApp and Beats – but the rumoured acquisition of Twitch by Google is interesting for a number of reasons. If I have to highlight one key reason, then synergy is the main aspect that makes this potential takeover sound like a very exciting one. How will Google potentially integrate YouTube and Twitch or at least find a way to combine both platforms? Will the acquisition of Twitch help YouTube in cracking the real-time broadcast element of its offering? Lets wait and see if the deal actually gets done in the first place, but if it does then I will definitely keep an eye out for any future developments involving Google, YouTube and Twitch. 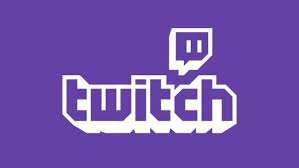 One thought on “Twitch and its appeal for Google and Microsoft”

Leave a Reply to Book review: “Hooked: how to build habit-forming products” | As I learn ... Cancel reply