Once you and your team have created storyboards, you’ll spend the fourth day of the sprint creating a prototype. In “Sprint”, Jake Knapp, John Zeratsky and Braden Kowitz talk about a “fake it” approach to turn a storyboard into a realistic prototype.

The fourth day of your sprint is all about illusion; instead of taking weeks, months, or even years to create the real thing, you’re going to fake it. Knapp, Zeratsky and Kowitz talk about building a facade (see Fig. 1 below). The main acceptance criterion for a successful facade is that it needs to be real enough to test with real customer on the fifth and final day of the sprint. 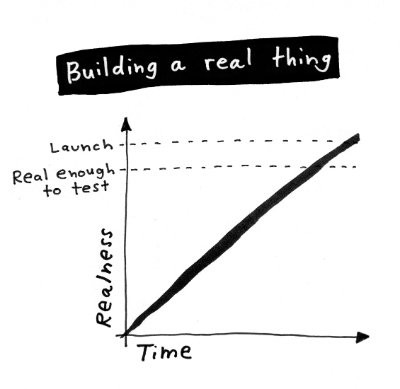 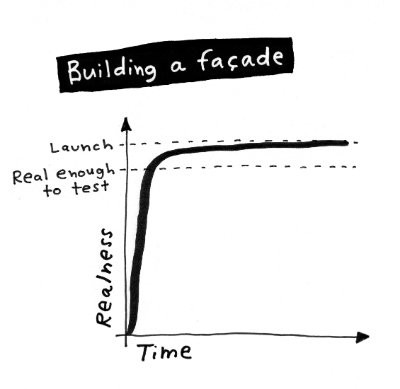 You and your team are only allowed to spend a single day on creating a facade, and that’s deliberate. Knapp, Zeratsky and Kowitz explain that the more time you spend on creating a prototype the more likely you are to become attached to it, and less likely to make any changes based on customer feedback (see Fig. 2 below). 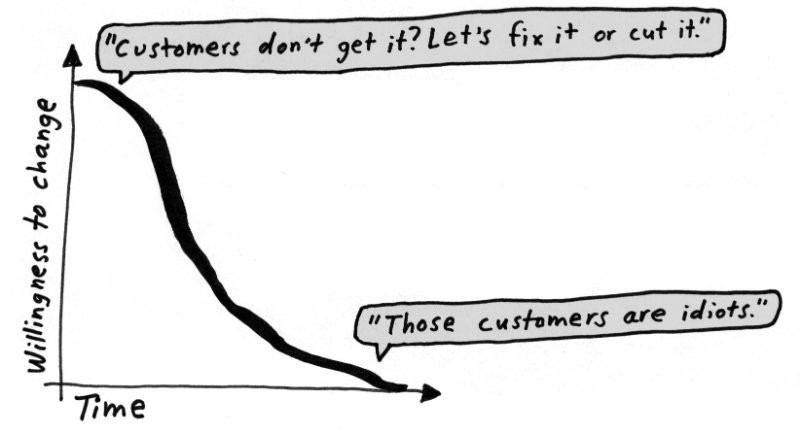 Similar to what Josh Wexler and Mike Fishbein talk about in their book, there’s an explanation of “the prototype mindset” in Sprint (pp. 168 – 170): 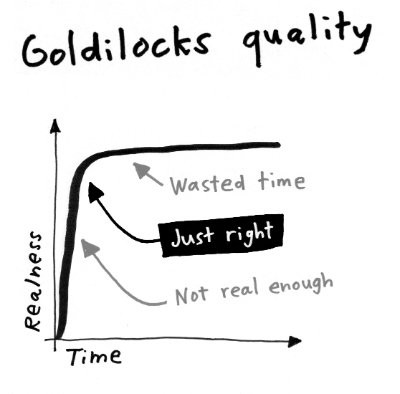 Once you’ve created the right prototype, you and your team should do a quick trial run on the afternoon of the fourth day of your sprint. This will give you a chance to fix any mistakes or issues with your prototype, before you test it with real customers the following day.

Main learning point: Don’t get too hung up on the realness of your prototype! It needs to be real enough to test with customers on the final day of your sprint, no more and no less.