Last week it finally happened: Twitter launched its own music service in Twitter #music. This is “a new service that will change the way people find music, based on Twitter.” Like so many other music and content-oriented services out there, Twitter is trying to crack the holy grail that is ‘discovery’.

Here are three reasons why I think Twitter is in a fairly good position to do so:

Main learning point: in a way, with “Twitter #music”, Twitter has launched a music service that very much does what you’d expect it to do. With the amount of ‘social data’ that Twitter has of its users and the activity on their platform, you’d expect nothing short of a highly usable and ‘intelligent’ music service. Twitter #music definitely delivers on those fronts: it provides a good user experience, it’s visually appealing and – most importantly – it does stimulate users to discover new music.

However, Twitter’s new music service still feels fairly one dimensional. Opportunities to actively engage with artists are limited and ways to find out about more things than just their music (e.g. live dates, discographies) are non-existent. It would be great to see Twitter build on its music service by adding more ‘interaction’ over the next few months.

Fig. 3 – Sample of viewing the artists followed by the artist you follow 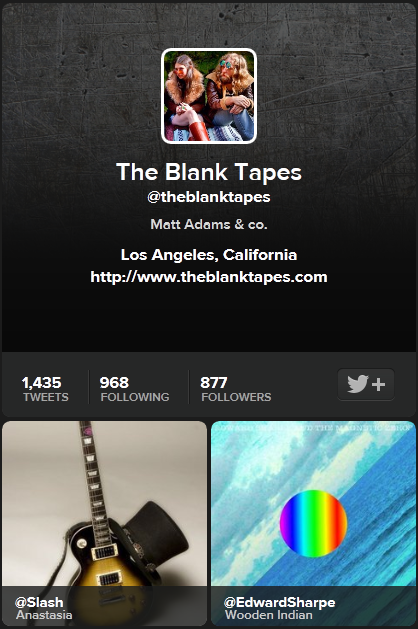